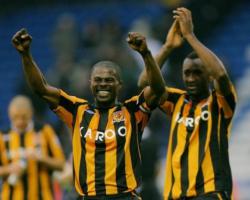 Boro play out another stalemateMiddlesbrough's goal drought now stretches to six games and more than 10 hours after yet another Sky Bet Championship goalless draw, this time against Leeds at the Riverside.It was Boro's third successive goalless goal on home soil and while they edged the match on chances they could not beat in-form Leeds debutant goalkeeper Jack Butland.Boro started the brightest but their only real chance came on five minutes as Jacob Butterfield shrugged off a challenge to find Kei Kamara in space but his low 25-yard effort flew a yard outside the far post.Leeds' first threat came in the 13th minute as Jimmy Kebe sent full-back Lee Peltier overlapping down the right to cut inside then square towards Ross McCormack's run into the box - but Boro skipper Jonathan Woodgate arrived with a sliding tackle to block his shot.Then in the 18th minute Leeds broke down the left and Cameron Stewart drilled a low ball across the face of goal but Noel Hunt failed to make contact under pressure from Kenneth Omeruo with the Leeds man claiming he had been fouled, although referee Anthony Taylor waved play on.Boro broke out of a long spell of stalemate to carve out a chance on the half-hour as Nathaniel Chalobah found Kamara outside the box but with time and space he checked inside and was closed down before he could shoot.Both sides had good chances in the closing spell

Kebe bombed forward from a short free-kick five minutes before the break to find Hunt and when he laid it off Luke Murphy sent a low 20-yard effort fizzing just outside the far post.Then Boro almost broke the deadlock in the 43rd minute when a corner was only headed away as far as the edge of the box for Butterfield to unleash a screamer that an alert Butland did well to tip over.Boro almost grabbed the opener within three minutes of the restart as Butterfield sent full-back George Friend to the byline to drill in a low cross towards Graham but defender Warnock got there first with a touch that forced keeper Butland into a point-blank reflex save.And Boro went close again in the 51st minute as Curtis Main headed a ball down in the six-yard area and as it bounced Kei Kamara took a swing but failed to get a good contact.It screwed sidewards for Graham to put in an overhead kick that bounced at the feet of the keeper and up into his hands.They went close again when substitute Emmanuel Ledesma crossed for Albert Adomah to chest down at stab goalwards but Butland was out quickly to block.Leeds rattled the woodwork in the 83rd minute when, from a Peltier long throw, McCormack cracked an effort through a crowd and Given did well to tip it onto the post, although the whistle had already gone for a foul on Woodgate.Boro amost snatched victory in stoppage time when Graham touched on a ball for Adomah 10 yards out - but he was leaning back as he shot and the ball flew over