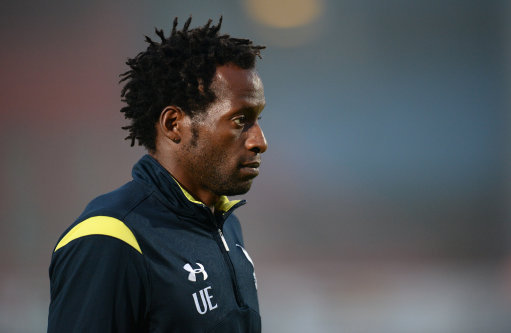 The former Middlesbrough defender Ugo Ehiogu collapsed at Tottenham's training centre on Thursday and was rushed to hospital, but a statement from Spurs has said he died in hospital in the early hours of Friday.

"Words cannot express the shock and sadness that we all feel at the club," said Tottenham's head of coaching and development John McDermott.

"Ugo's immense presence will be irreplaceable."