Tottenham will hope to book their place in the fourth round of the FA Cup when they entertain Middlesbrough on Tuesday night.

The sides played out a 1-1 draw in their first meeting but a winner will definitely be decided in Tuesday's third-round replay, with the victor rewarded with a trip to Southampton. José Mourinho's men will be looking to bounce back from a narrow 1-0 defeat against Liverpool in the Premier League on Saturday. Spurs performed admirably against the league leaders but couldn't take their chances as Roberto Firmino ensured the points went back to Anfield.

As for Middlesbrough, they were denied all three​ Championship points at home to Derby as the visitors snatched a 2-2 draw courtesy of Duan Holmes' stoppage-time strike.

Mourinho sprung a surprise in selecting 20-year-old Japhet Tanganga against Liverpool and after a commendable performance the youngster is likely to start again.

In the first game with Middlesbrough, the Portuguese named a strong side and with possible silverware on the table he ought to revert to a similar lineup. In fairness, the Spurs boss has little choice with a fairly extensive list of absentees to contend with.

Harry Kane isn't expected back until April at the earliest, skipper Hugo Lloris is still sidelined - though the Frenchman is back in training - and Tanguy Ndombele is still struggling with a hip injury. Fellow french midfielder Moussa Sissoko is suffering from a knee injury while full back Ben Davies won't be back until February at the earliest.

Boro boss Johnathan Woodgate may opt to stick with on-loan ​Manchester City midfielder Patrick Roberts who impressed in the 1-1 draw with Spurs at the Riverside.

​Having adopted a 3-5-2 system against Derby at the weekend, the former England defender may repeat the trick at the Tottenham Hotspur Stadium.

The sides played each other just over a week ago with Boro taking the lead through Ashley Fletcher before a Lucas Moura header ensured the game went to a replay. Boro have been absent from the top flight for three seasons so the sides' last Premier League encounter came in February 2017. On that occasion, a Harry Kane penalty was enough to seal the win for Tottenham at White Hart Lane.

As for the reverse fixture that season, Son Heung-min bagged a brace as Spurs again took all the points.

Inconsistency has defined Mourinho's time in charge of Spurs so far. Tottenham had enjoyed a mini-revival following his appointment but the Lilywhites have since lost three of their last five league games.

Unfortunate to lose to Liverpool, Tottenham's bad run also includes a lacklustre display at home to Chelsea and a bitterly disappointing defeat on the road to Southampton.

Clean sheets have been a big issue, with Mourinho's side failing to keep one since their 5-0 home win against Burnley at the beginning of December. In all competitions since Mourinho's arrival, the victory over the Clarets is the only time Spurs haven't conceded in 13 games - part of the reason why they sit eighth in the Premier League, nine points off fourth-placed Chelsea.

As for the visiting side, Middlesbrough have enjoyed some excellent form in recent weeks and are unbeaten in their last six games.

In fact, the draw at Derby was the only time they've failed to win in their last five in the Championship and Woodgate's side have stretched the gap between them and the bottom three to a healthy ten points. 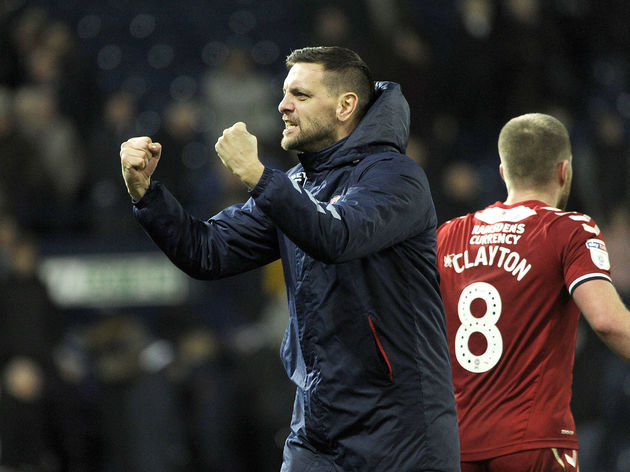 Their biggest win of note came away at table-toppers West Brom as Boro beat the Baggies 2-0 in a very impressive performance at the Hawthorns.

Here's how the teams have fared in their last five games in all competitions.

Spurs will be desperate to halt the mini dip in form that has seen them fall nine points behind the ​Champions League places in the Premier League table. But it will not be an easy game for Tottenham, who face a Boro side in red-hot form. However, the hosts should possess too much quality for the travelling Teessiders.