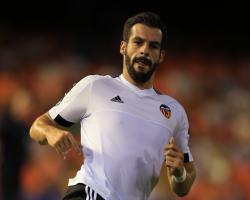 Paperwork is still to be completed but the 30-year-old former Manchester City forward has already linked up with Boro at their pre-season training camp in Marbella.

Negredo was a member of the City side which won the Premier League title in 2014.

The Spain international impressed at the Etihad Stadium, scoring 23 goals in 48 appearances in what proved his only season at the club after a ÃÂ£16.4million move from Sevilla in 2013.

He returned to Spain with Valencia in the summer of 2014, initially on loan before a ÃÂ£19million permanent deal was agreed last year.

He boasts 112 goals from 264 appearances in La Liga and was also a member of Spain's victorious Euro 2012 squad.