​Middlesbrough are close to acquiring the services of Leicester City centre-back Filip Benkovic on a short-term loan deal, but a move for former player Ben Gibson looks unlikely.

Benkovic has been touted repeatedly for a potential loan move away from the King Power Stadium, with Brendan Rodgers willing to let the defender go as soon as they sign a replacement.

The 22-year-old has played just one game all season for the Foxes - a 2-0 home victory against Wigan in the FA Cup - and is being lined up by Middlesbrough to help mount an unlikely late promotion charge. 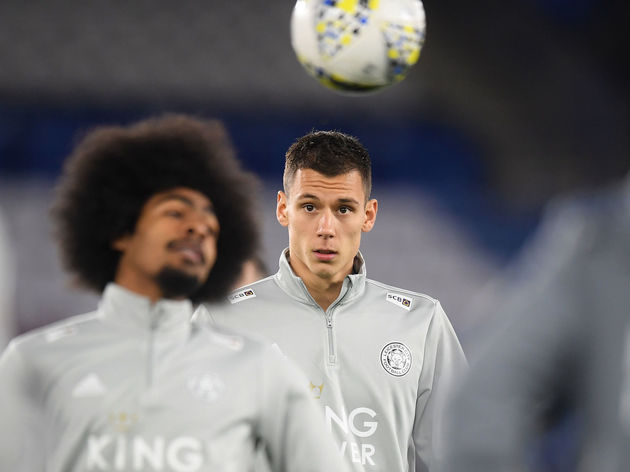 According to the ​Daily Mail, Boro are strong favourites to bring the Croat to Riverside until the summer, with the centre-half valued at approximately £13m.

Despite sitting in 17th in the Championship, the former Premier League club are just nine points off the play-offs. Jonathan Woodgate has already signed three players this January with Patrick Roberts, Lukas Nmecha and Dejan Stojanovic all having bolstered ​Middlesbrough's ranks.

However, former England defender Woodgate is still aiming to strengthen his back line before the window shuts, but a deal for Benkovic will hinge on ​Leicester's ability to find an adequate replacement. Former player Gibson, currently on the fringes of the ​Burnley squad, has also been linked with a return to Boro, but that deal looks increasingly unlikely.

According to ​the Northern Echo, Gibson, despite being surplus to requirements under Sean Dyche, is too expensive an acquisition, with his £50k-a-week wages making a return to Riverside near impossible this ​transfer window.

Gibson was a Middlesbrough player the last time the club were in the top flight, but decided on a £15m move to Turf Moor back in August 2018. The England youth international has made just one Premier League appearance for the Clarets this campaign.