Lucas Moura's header ensured Tottenham avoided embarrassment to book a replay against Middlesbrough in the third round of the FA Cup after the two sides played out a 1-1 draw at the Riverside Stadium on Sunday afternoon.

​A confident start from the hosts was nearly rewarded 23 minutes in when Boro had three efforts cleared off the line, firstly by Paulo Gazzaniga's double save then secondly by Toby Alderweireld who put himself in the right place to block the shot. Spurs saw plenty of the ball but failed to test 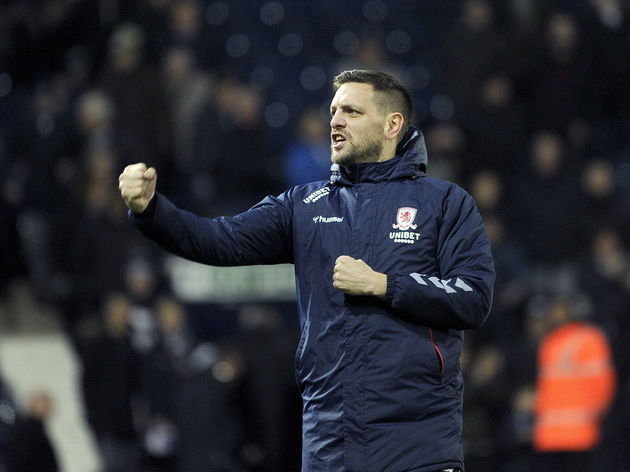 Four wins on the bounce in the league have helped Boro recover from a miserable start to the season under Jonathan Woodgate, and the confidence they must have gained from that run was clear for all to see during Sunday's afternoon kick off.

Despite the visitors seeing the majority of the ball, ​Middlesbrough had the better of the first half and to come through 45 minutes mostly unscathed against last season's Champions League finalists was testament to their hard work. Showing more urgency in their play and dedication in tackles, they found themselves in front to defy the odds and send the Riverside into raptures.

Conceding soon after didn't threaten to ruin their spirit, and Boro were worthy of their draw which ensures they have placed themselves into the hat for the fourth round. A tricky replay down in London awaits them, but that is just rewards for their efforts on Sunday in a match where they even had chances of their own to claim victory.

STAR PLAYER - In the absence of the injured Daniel Ayala, Woodgate has called on Dael Fry to step up to the plate and be the commanding force in the back three - and that's exactly what he has done. The 22-year-old local lad was a rock in defence and barely offered any of Spurs' players a sniff down his left-hand side. A very impressive display from the young centre back. In all honesty, any of the Boro back three could have been chosen, but Fry just gets the nod.

Very, very good first half that.. the defence is a far cry to the way it was at the start of the season, incredibly organised and Spurs haven’t really hurt us.

Clayton and Saville marshalling that midfield and Fry has been my MotM so far. 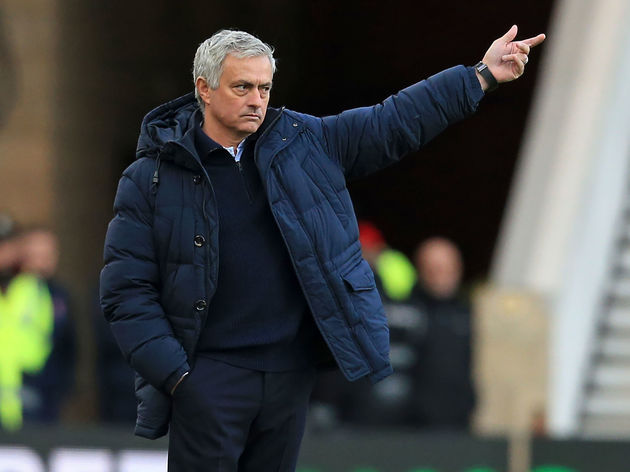 Jose Mourinho made a clear statement of intent by fielding a strong team for the third round clash in the north east. The only change was an enforced one, with Harry Kane ruled out for the unforeseeable future after sustaining a hamstring tear. Clearly this is a competition Mourinho fees his side could win this season.

During the game the midfield area was dominated by Spurs in the first half, but they struggled to create any chances of note, while equally looking shaky at the back against their Championship opponents. That has been the key deficiency in Mourinho's reign thus far, keeping just one clean sheet in his 12 games as boss prior.

That particular start became worse just after half time. Lackadaisical at the back, Boro's intensity and desire paid dividends and left Mourinho's side with a proper problem to solve.

1 - José Mourinho's sides have registered just one clean sheet across his last 17 games in all competitions, failing to keep a clean sheet in 15 successive away games. Faucet. pic.twitter.com/VSXRg0KlGi

How they responded from that was crucial and despite clawing themselves back level with a good goal, their inability to break down a side languishing at the bottom of the Championship table is serious cause for concern.

Moreover, it is yet another match under the Portuguese boss where they've failed to keep a clean sheet. While the extra fixture is far from ideal, this is a particular issue that must be addressed to prevent the experienced boss landing himself in hot water already.

STAR PLAYER - He may have been on the pitch for less than 45 minutes, but Giovani Lo Celso's introduction provided Spurs with a significantly more creative outlet in midfield as he began turning the screw at the Riverside Stadium. 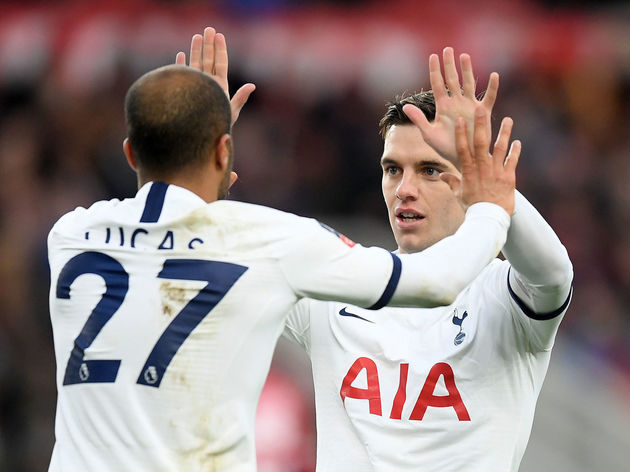 Passing through the lines with precision, the Argentine asked far more questions of the Boro backline than Christian Eriksen. Whether Mourinho opts to start the playmaker against Liverpool in the league is up to him, but this impressive cameo will have fans asking for a greater involvement for the on-loan star.

Lo Celso has been a joy to watch this second half. Very good midfielder. Settling very well. Had it not been for the injury we’d be seeing an excellent player about now.