Life's never dull in the Championship, and the last few days have been no exception.

There are plenty of managerial appointments on the brink of completion, and some good old fashioned transfer rumours to tuck into, as club's up and down the country set themselves up for another busy summer.

Here's a look at the latest Championship news.

​Swansea on the Brink of Appointing Steve Cooper After an impressive debut season in English football, it was always going to be difficult for ​Swansea to hold on to Graham Potter - though very few would have anticipated him leaving straight after the end of the 2018/19 campaign.

While Swansea supporters were bitterly disappointed to see Potter out of the door so soon, they may be welcoming in another promising young British manager straight away.

According to ​Wale Online, England Under-17 boss Steve Cooper now looks to be closing in on agreeing a deal to become the new Swans boss, ahead of fellow candidates Cameron Toshak, Gus Poyet and Michael Appleton. Although he has no prior experience at club level, Cooper was at the helm of England's Under-17's when they romped to World Cup glory in 2017.

If appointed, Cooper is likely to bring in Mike Marsh as his assistant 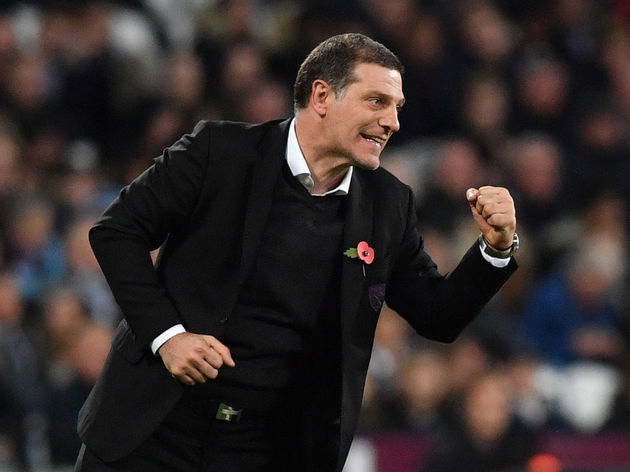 ​West Brom's decision to part ways with Darren Moore was controversial, to say the least, and after caretaker manager James Shan was unable to guide the Baggies back into the top flight at the first time of asking, a new chapter is set to begin at the Hawthorns.

Slaven Bilic had been heavily linked with the vacant position and it now appears that he is all but set to return to English football. ​The Daily Mail are reporting that the former West Ham boss, who was fired back in 2017, has now agreed a three-year deal with West Brom. ​BBC Sport report that, following the recent departure of the ever-divisive Tony Pulis, Boro are now willing to promote Woodgate, who was a part of Pulis' coaching set-up.

Robbie Keane, who is currently Mick McCarthy's assistant manager for the Republic of Ireland, and Steve Round are set to join Woodgate at Middlesbrough to complete a new-look coaching staff. We've had enough managerial news to last us the summer, so let's move on to some more run- of-the-mill transfer rumours.

​Birmingham know that they are going to have a fight on their hands if they able to hold on to Che Adams this summer and it now appears as though Premier League outfit Southampton will be renewing their interest over the coming weeks.

​The Daily Echo suggest that Ralph Hasenhuttl is looking to bolster his striking options as one of his current forwards will be leaving the club this summer and Adams, who plundered an impressive It appears that wingers are on the agenda for Marcelo Bielsa and ​Leeds this summer, as the Whites have been linked with a loan move for Liverpool's Ryan Kent, who spent last season north of the border with Rangers.

​The Yorkshire Evening Post have reported that Leeds are interested in strengthening their wide options this summer and are hoping that Liverpool will be convinced to part ways with Kent - particularly after witnessing the development of Harry Wilson during his loan spell with Derby County.

Manchester City loanee Jack Harrison also appears to be closing in on a second season at Elland Road, while Helder Costa, who has been on the periphery of things at Wolves, is another potential target.