Middlesbrough closing in on deal for Valencia striker Alvaro Negredo 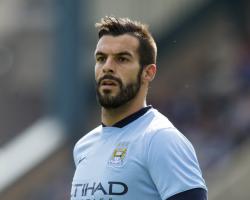 The Teessiders have been in talks over the 30-year-old former Manchester City frontman for some time as they look to secure an initial loan deal.

Head coach Aitor Karanka has already boosted his squad for life in the Premier League with six new additions in the shape of Victor Valdes, Viktor Fischer, Bernardo Espinosa, Marten de Roon, Jordan McGhee and Antonio Barragan, and he is not about to stop there.

The club is edging towards an agreement on Negredo, while they are also close to landing both Borussia Dortmund defender Neven Subotic and Uruguayan midfielder Gaston Ramirez.