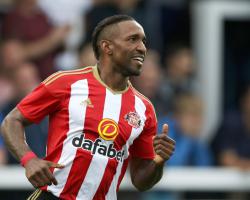 Defoe's 15 Premier League goals last season helped ensure another relegation escape for Sunderland - he scored five in their last nine games - and there were calls for the 33-year-old to be included in England's Euro 2016 finals squad.

"It's difficult to stop him because he's the kind of player, when you're always behind him it's easy to mark him but, I don't know why, he scores every single week," Karanka said.

"So for that reason it's going to be difficult

Daniel Ayala will be back in contention for Boro after a summer-long ankle injury, but it would be no surprise if Antonio Barragan is the man tasked with nullifying Defoe's threat.

Versatile defender Barragan, bought from Valencia this summer primarily to operate as a right-back, had an impressive debut at the heart of defence in the absence of Ayala and Bernardo Espinosa (knee) in last week's home draw against Stoke.

"He's going to be a really important player for the team," Karanka said.

"He's showed that in the first game that he played in that position, which is not his position, and he was one of the best players.

Boro are Sunderland's closest rivals in the top flight this season following Newcastle's relegation and Karanka is aware his side are not only chasing their first win following promotion in May.

"I can't say a lot of things as it's my first derby," he said

"But since I arrived here I've heard how big and important this game is for everyone.

"It's my first derby, it's an important game for everybody but for us it's three points.

But w e have to think it's just three points."

Boro, back in the top flight after a seven-year exile, beat the Black Cats 1-0 at the Stadium of Light in their last encounter in 2012, but that is their only success in the two sides' last seven meetings